I have always been a sucker for TV series. Especially ones that have really good script with one-of-a-kind storyline and characters. I would get kind of upset if I had to miss an episode or two and I will happily get into a marathon mode to watch the back episodes online or on netflix.

Through my early teenage years until this very day, I have my most favorite shows on TV. Shows that I was addicted to, obsessed with, shows with strong script, shows that are funny and lovable, shows that I would happily watch over and over again, shows that I miss. 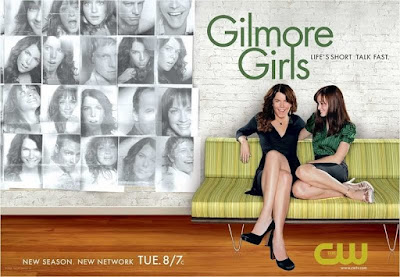 Gilmore Girls are Lorelai and Rory Gilmore. Lorelai is a young single mother that has a really close, strong and unique relationship with her smart, beautiful, sometimes awkward daughter. They are both really funny, coffee addicts, and talk extremely fast. The chemistry between the two is just heartwarming without being tacky and blah. They fight and make up. They finish each other sentences and share jokes that no one else would get.

The show lasted for 7 seasons. Rory started as a new kid in high school and ended as a young graduate from Yale. Lorelai started as an employee of an inn to an owner of one. They both had a few love stories and flings. They both had funny and uncomfortable relationship with Lorelai's rich, sometimes intimidating parents, but it just made the show even more hilarious.

I secretly want Rory to eventually end up with Jess, a bad boy that by season 6 made himself a book writer and cleaned up pretty good. They would make a really cute couple. Actually in real life the two stars once dated, but the broke up. Boo! (yes, crazy) 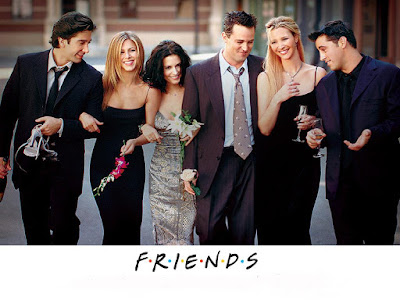 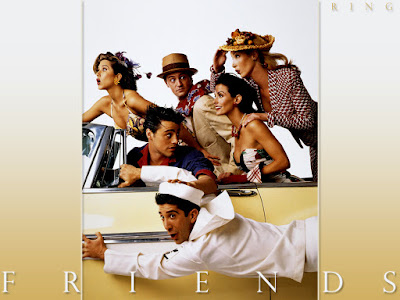 This is the best show ever. It's funny, smart, has a casually dramatic plot and the cast is a perfect combination of every kind of characters imaginable. Did I mention that it is funny? How about funny as hell?

Ross, Monica, Chandler, Rachel, Phoebe, and Joey are a group of (best) friends that hangout every single day and love each other tremendously. Each of them had their share of ups and downs and of course, also love affairs. Two actually ended up rather perfectly; Chandler and Monica and Rachel and Ross.

I hated that the show was over, but 10 years is an extremely good life span for a TV show. Any TV show. A show that for 10 years was an important part of the week for a lot of people. I know it was the best part of my week for years. 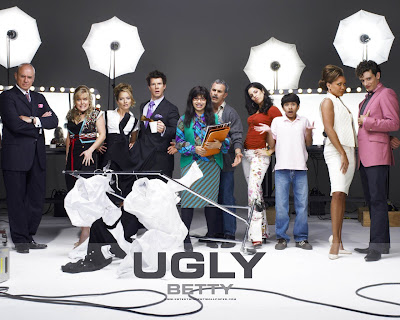 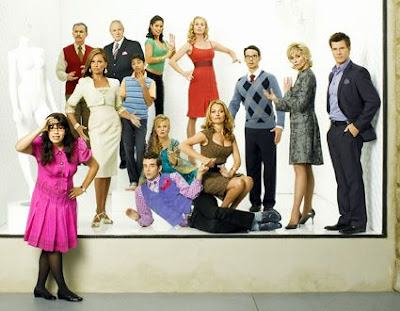 I've finished the whole 4 seasons now and I cried my eyes off during the final episode. It was a good ending for every character in the show (except for Betty's ex-boyfriend Matt who went to Africa and didn't get to comeback to sweep Betty off her feet). I got so invested in the story and characters that now I feel a little bit empty. This just goes to show that not only I'm a little crazy, but also oh-so-very dramatic (as my husband put it perfectly).

Betty Suarez spends her time in mostly 2 places; Mode (her office) and her home with her wonderful family. I love the Suarez family: Ignacio, Hilda, Betty, and Justin. The Suarez is a really tight family, constantly having each other's back, including when Justin (Betty's nephew) came out of the closet. At the office, the chemistry between Marc and Amanda is just over the top hilarious. The way they make fun of Betty always cracks me up.

Ugly Betty was a great show. The story, the characters, the moral values were wrapped in a very great script. Kudos to the writers. Watching Betty evolved through her choices, mistakes and people she met along the way is so inspiring. Betty worked hard to reach her dreams without costing anyone else's. The plot might sometimes got over the top and could get rather telenovela-ish, but the whole moral of the story was believable and more importantly, doable. 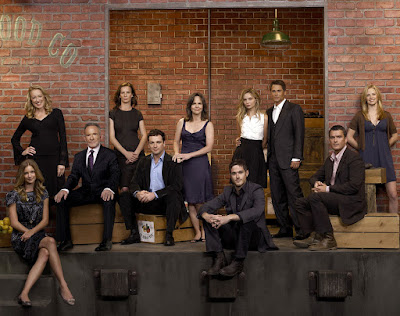 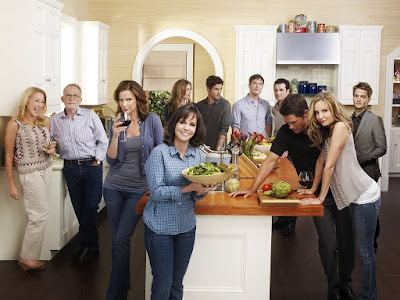 The Walker family is just too beautiful and rich and crazy. In every episode there would be drama and family members screaming bickering over dinner or in any kind of party. Don't forget the call traffic in every episode between the characters; Nora calls Kitty, Kitty got a call from Kevin, Kitty puts Nora on hold, Sara calls Kevin and Kevin put Kitty on hold, basically all talking about the same thing. People dead, dying, having affairs, fighting over money, but there are also love, wisdom and kindness.

The story revolves around Nora Walker and her children; Sarah, Kitty, Tommy, Kevin and Justin. There is also the mistress, Holly Harper and her daughter, Rebecca Walker. The kids brought their spouses and partner into the family and spice things up quite a bit.

What I love about Brothers and Sisters is how they manage to almost always keep the plot interesting. I love the cast and they way they communicate to each other. Not because that they are the best communicators, but because it is extremely entertaining to see them fight and constantly giving their piece of mind about everything. 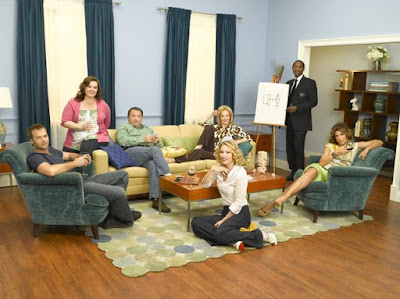 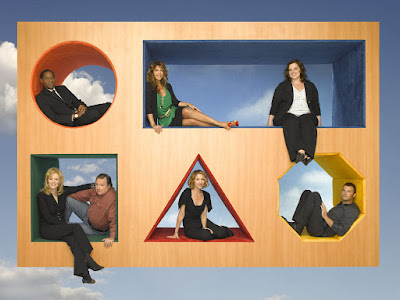 The show was cancelled after only 2 seasons. I don't really get why, because in my point of view, Samantha Who? is one of the funniest sitcoms out there and Christina Applegate was on fire in that show. Hilarious and comical.

The story revolves around Samantha, a girl who in the first episode got hit by a car and left with a really bad amnesia, she basically forgot all about herself and everything that happened in the world before the accident.

After the accident and got amnesia, Samantha found out that she was an awful person before. She was manipulative, devious and down right bitchy to everyone, including her sweet boyfriend Todd. The new Samantha tried to figure out her new improved self and every time she tries to do good, funny, unexpected things keep happening. Along with her 2 bestfriends, Andrea and Dena, Sam tries hard to evolve herself into the kind of human being she wants. 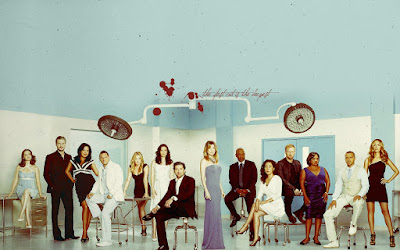 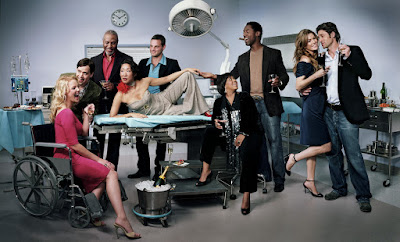 This is actually a rather gloomy show with lots of blood, people dead, dying, sick, and twisted strange sense of humor. Nevertheless, the show is heart pumping (no pun intended), intense, passionate, and smart. Not to mention it has (super) hot surgeons.

The series focuses on a group of surgical interns, residents and various physicians who serve as their mentors, personally and professionally. Grey's Anatomy has all kinds of drama and diversity in it. The cast is colorful, both literally and figuratively. The first ever interns are now residents and they have even more complex drama and crisis.

The show is going on its 7th season now and confirmed to be going on its 8th. Season 6 ended with a spree shooting in the hospital. A lot of people were hurt, physically and mentally. I have to admit that the show is not as exciting as the early seasons, but I still record it every week and watch it the next day (because I give my husband full control of the TV when he's home from work). 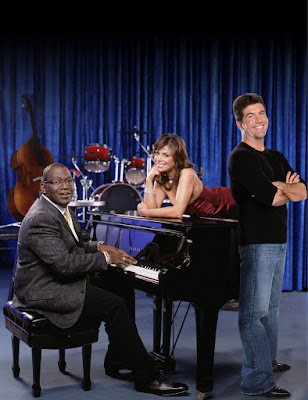 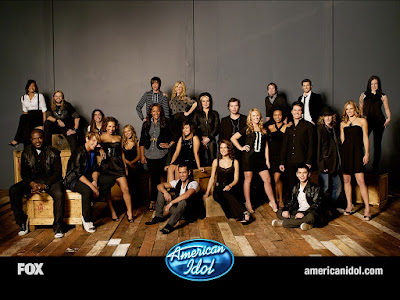 I cannot not love American Idol. I've been hooked since their second season when Ruben Studdard beat Clay Aiken. Both kind of MIA now by the way. I'm stuck to the show like moth to a flame. Seriously, I think it's the best talent show ever. I used to like Star Search but that was a hundred years ago and American Idol is better.

I've always loved American Idol judges, whoever they are, but I love Simon and Ellen the most. I can't say the same about the contestants though. Some I love like crazy and some I can't even remember. I love Fantasia Barrino. I think she is one of the most talented contestants ever been on the show. I also had a HUGE little crush on Jason Castro of season 7. This season I'm rooting for 3 people: Paul McDonald, Casey Abrams and Haley Reinhart. I hope one (or two) of them will get to top 2. 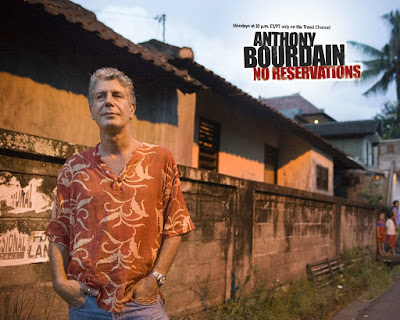 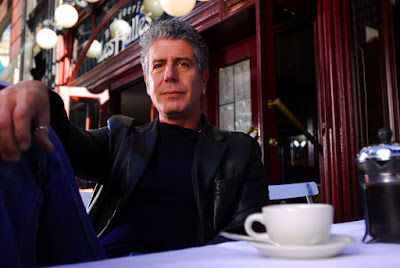 By far No Reservations is the best travel show out there. Especially because it has Anthony Bourdain as the host. He is a chef, now mid-aged, sarcastic, witty, and surprisingly kind-hearted. Bourdain loves food and he loves to travel, thus making the show really about those two things and his take on places he go. His stark comments are always welcomed as super entertaining.  I love watching Bourdain talks about the places he go and the food he eats.

In the current season I especially love the editing and cinematography. No Reservations take the most beautiful images. Images that speak to the audience as if they themselves were there. I personally like episodes where Bourdain goes to Asia, South Asia to be particular. He never hesitates to eat any kind of food, without even knowing how it got on the table in front of him. Oh how I love him for that.

What's your most favorite TV shows? Why?

Have a great week everyone!